Super Jake was a healthy, vibrant, active little boy. That changed suddenly on March 4, 2004 when he was diagnosed with stage 4, fully metastasized neuroblastoma after a seemingly routine trip to the pediatrician for a belly-ache. After a horrific, year-long battle that included ten rounds of high-dose chemotherapy, four surgeries, weeks of radiation and three bone marrow transplants, followed by 100 days in isolation, Super Jake appeared to win his fight and was declared “NED”, or no evidence of disease, at the end of January 2005.

However, this insidious cancer soon returned. Though he resisted it with all he had, Jake soon lost his fight on May 27, 2005, having lived just 4 years, 6 months and 24 days – leaving behind a glowing and remarkable legacy. Those who knew Jake will forever remember him decked out day and night in super hero garb, from hats to sunglasses to underwear. Super Jake will always be our ultimate super hero.

To our sweet Jake: 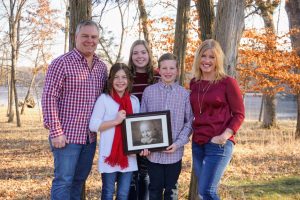 2019 would be an epic year for you. You would be 18 years old and graduating from high school. Starting college. Starting the rest of your life. Maybe you’d have an academic scholarship? Or an athletic one? You were always smart and coordinated, so who knows? Maybe you’d have a girlfriend? You were always social and friendly so, for sure, you would have a good group of friends. You would be helping your little sister with her honors chemistry homework. And practicing hockey drills with Parker in the driveway. Riley would definitely convince you to make slime with her and to star in her TikTok videos. If we close our eyes hard enough, we can picture you doing these things. 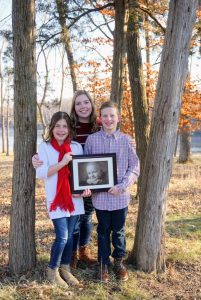 We much prefer those mental images to the harsh reality of the empty chair that’s always there. But it is that empty chair that moves us forward. That reminds us that life is short. That reinforces what matters most. And that drives us to do the work we do in the hope that other families will never have an empty chair at their tables. You are our angel. Our super hero.
Our inspiration. We will never stop loving or missing you. And you will never, ever be forgotten.
Love,
Mom and Dad

Jake was just three years old when he was diagnosed with stage 4, fully metastasized neuroblastoma. Read more about our hero...

To support The Super Jake Foundation, always shop at smile.amazon.com